Forza Italia is an exact, 1:1 scale reproduction of an Italian police helicopter based on a plastic toy. Between the fulfillment of a boy’s fantasy and the representation of an object of power, Forza Italia reflects on the question of Italian politics, when a plutocratic business man with ownership of mass media also leads the country’s government. The helicopter is also the symbol of police and military surveillance, which was very useful during the protest against the G8 Summit that took place in Genoa in the summer of 2001.

This sculpture was part of the exhibition entitled New Deal in Geneva’s Centre d’Art Contemporain.

Project realized with Nicolas Richard and with the support of Gianni Motti and the Ecole Supérieure d’Art de Grenoble. 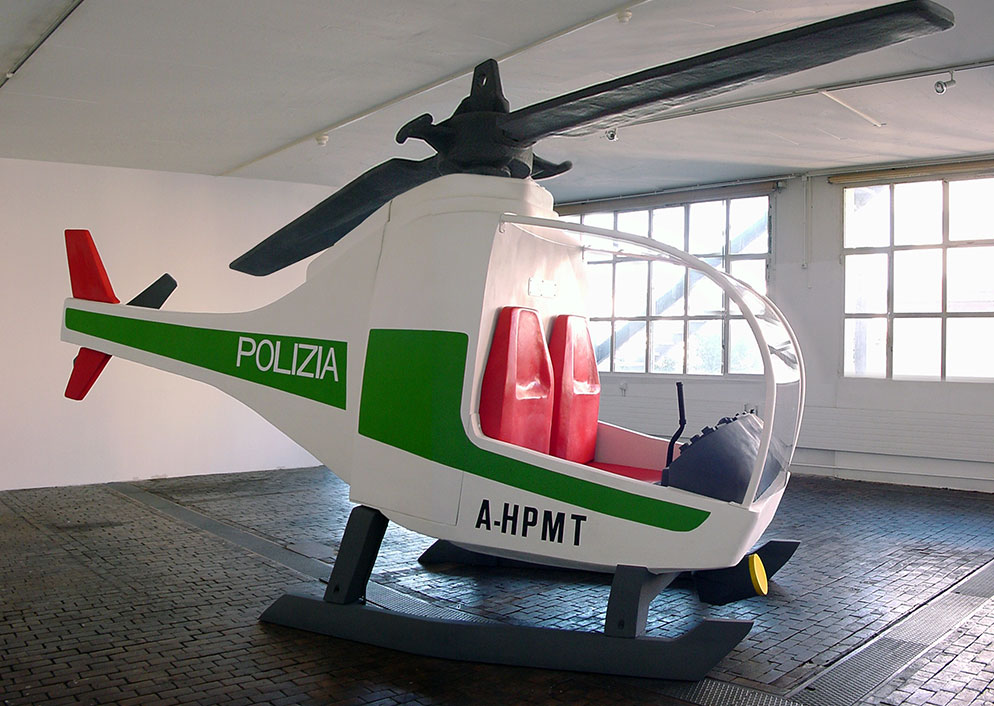 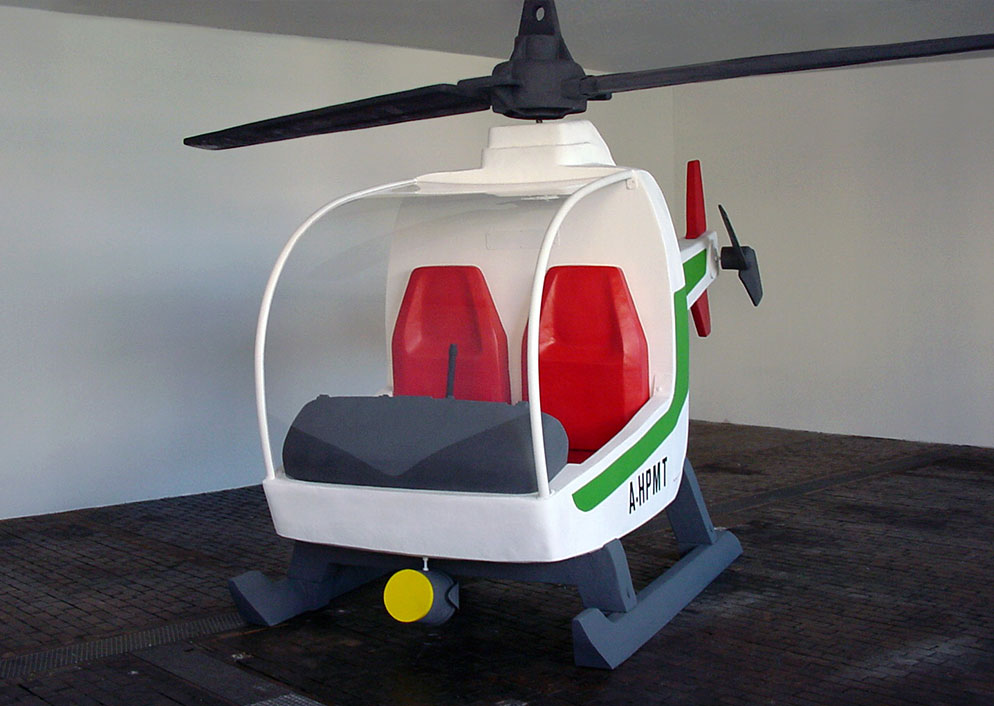 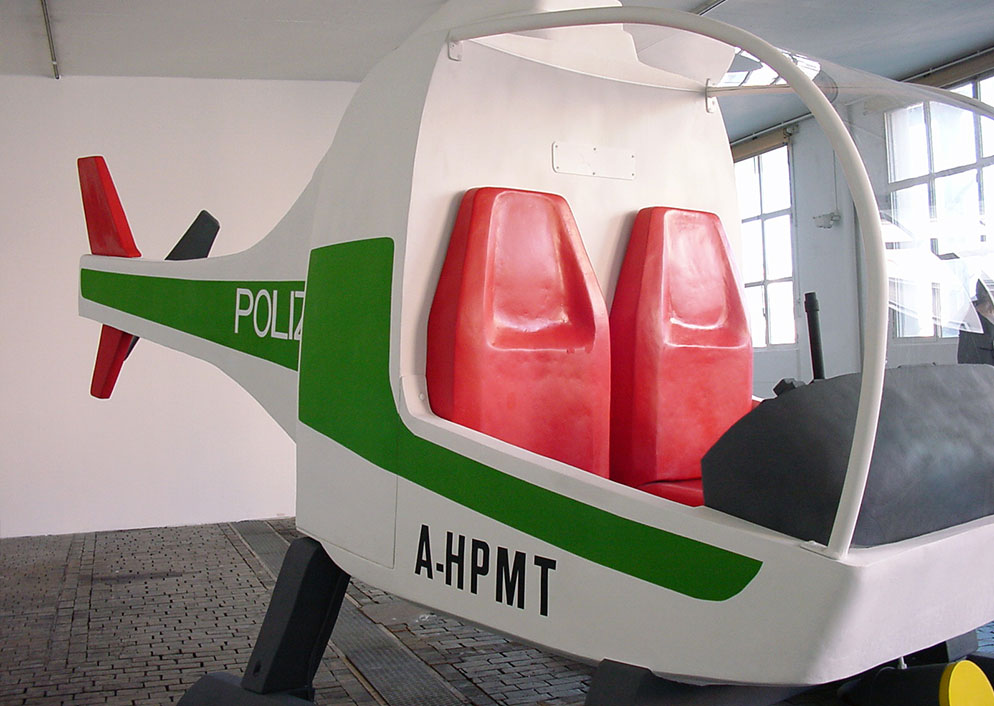 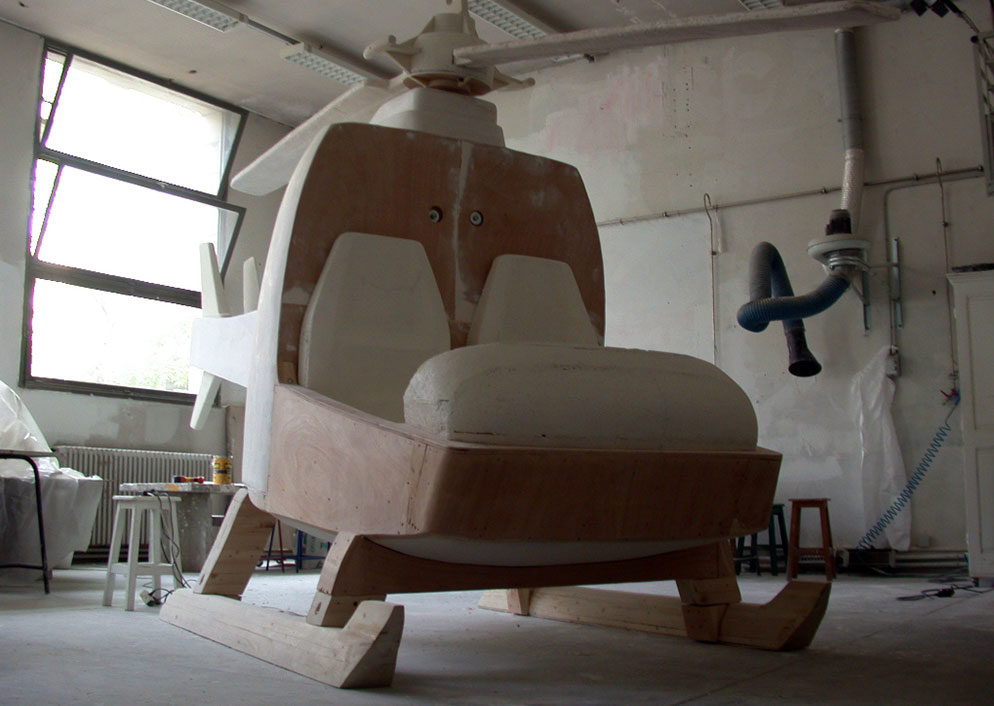